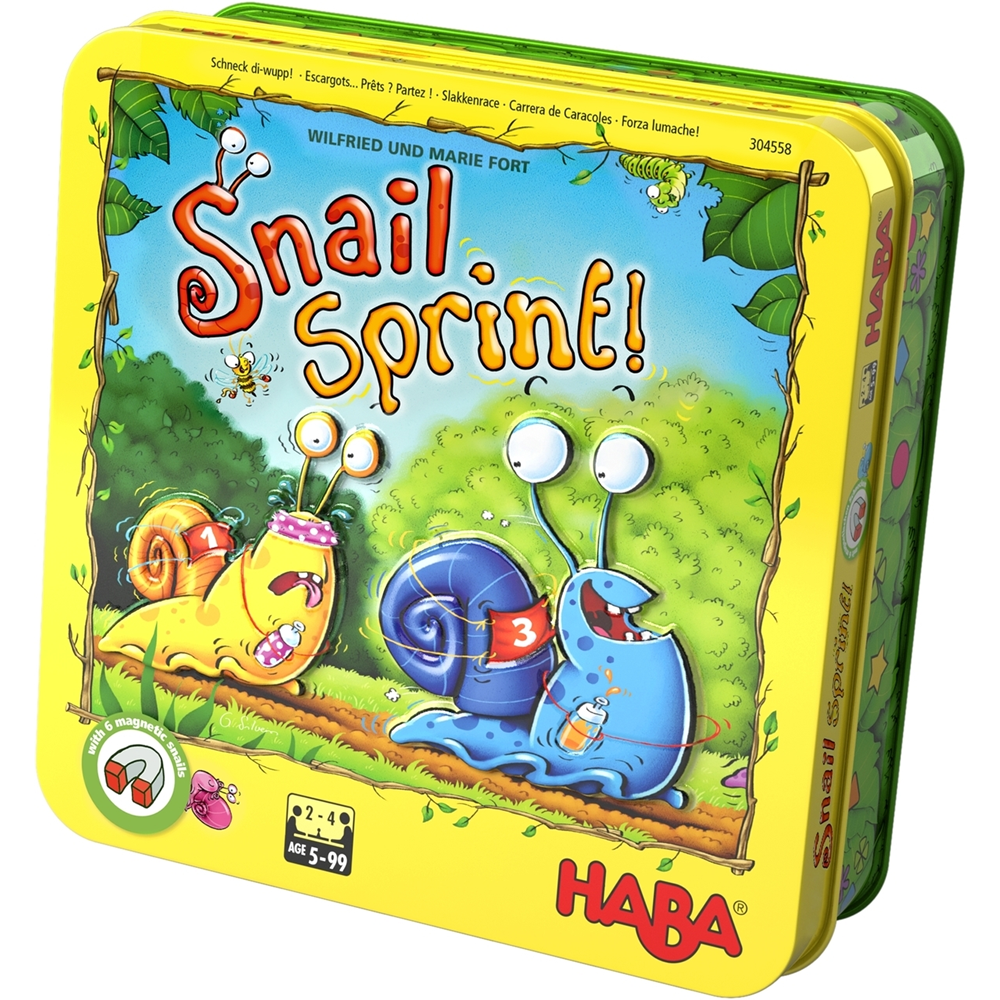 A snail dice game that uses the magnetic tin as part of the game!

On your mark, get set...andÃÂ off goes the slippery snail race in Mrs.ÃÂ Meyer's vegetable garden. Draw a race card to determine which snail colors are yours, but don't show anyone! Roll the dice with color symbols to know which snail to move and where to move it. The snails crawl over each other on the race up and over the magnetic tin to the three winner's podiums to receive the most points.ÃÂ

The players draw a card at the start of the game to let them know which colors of snails they want to get to the 1st, 2nd and 3rd place podiums inside the tin. Roll two dice and decide which dice is for a snail and which dice is for where the snail has to go. Land on top of another snail to 'freeze' him in his tracks until the top one jumps off (max 2 snails on one space). Additionally once a snail lands on a space then the space turns the color of the snail! Players have fun climbing over one another and then up the sides over the top and down the other side of the tin to the podiums. But players don't know the winner until three snails occupy the podiums and players reveal the color of snails on their cards drawn at the start of the game.

Roll the dice, move the snails and be victorious!ÃÂ